Fortress Sint Pieter was build in 1702. It’s located on the west side of Maastricht, The Netherlands. It was originally build to defend the city from numerous attacks from the french army.
The fortress included an extended network of underground casemates and a connection to the ancient limestone quarries underneath the fortress. This wasn’t only a secret exit in case the fortress got invaded, it gave the defending soldiers also a possibility to surprise the attackers and appear behind them.

This picture was taken after a walk with my dog. I noticed the approaching dark clouds above the sky and decided it was worth getting wet for this shot. I’ve tried photographing the fortress from this angle before, but failed because the sky and light wasn’t intresting enough. This time I had some nice clouds and soft light. 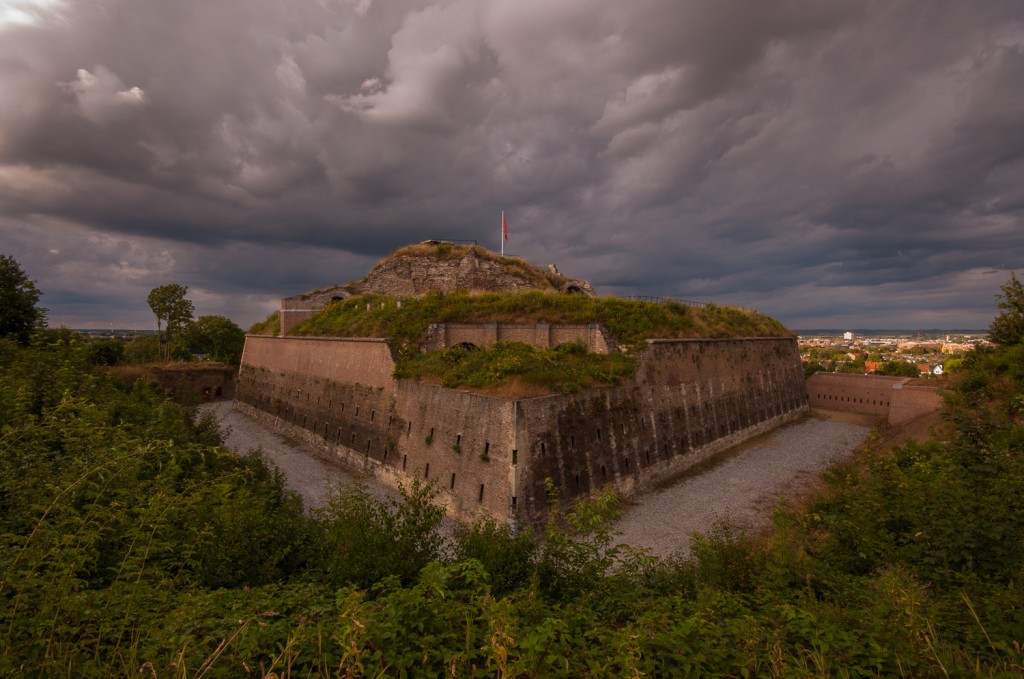